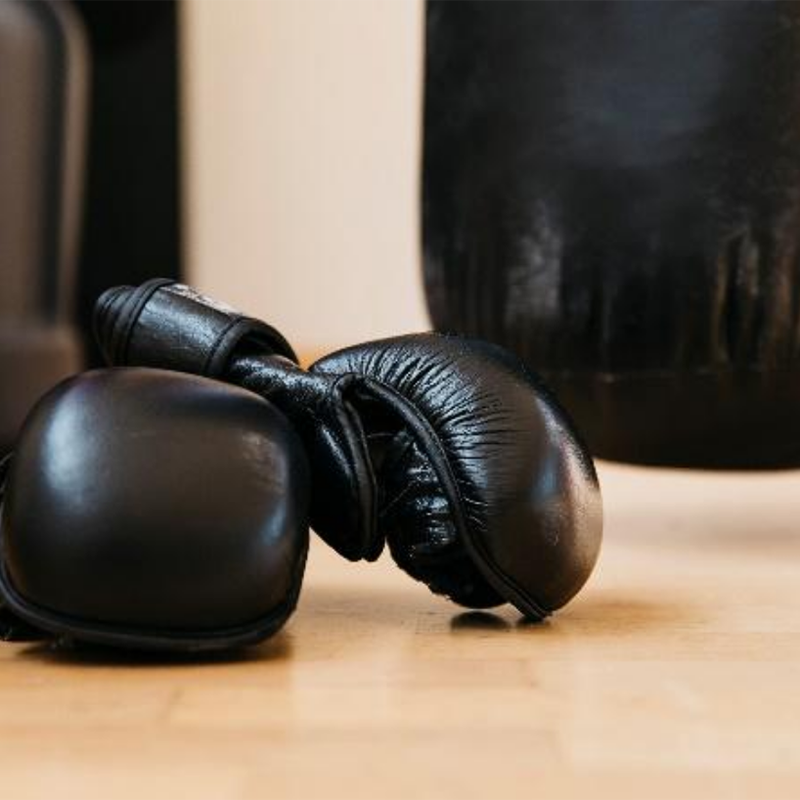 Brooklyn Fitboxing is a company that has developed a series of training methods derived from boxing and other martial arts, combining them with a technological integration of hardware and software that allows training and competing in real time. It is comparable to an online gaming experience mixed with intense martial arts training.

The modular and scalable design of a type of gym and a wide technological development of integration of impact and movement sensors in equipment, has been necessary to achieve this experience. The different components are interconnected with response-time-measurement systems , registering in a coordinated system with a videogame-like display and real-time scoring from anywhere in the world. It is connected to the rhythm of music and video choreographies prerecorded by Brooklyn, resulting in a Global ranking of the competition of all users.

The objective of the system is to allow a fun, high intensity and reduced duration training, in which the effort to coordinate movements and blows translates into a score to validate one’s own training and compete with other players. It also creates a motivation to retrain and practice in order to improve the ranking of players, promoting competitiveness.

But training and competition are not limited to that. Players also compete to achieve the best possible scores for certain charitable projects, to which they end up allocating funds generated by participation. It is the players who, with their effort, involvement and score, select the projects that end up being funded.

All the developments have led to the invention of unique hardware and software that have been protected by patents and utility models. Together with the software and the know-how of the business, they are licensed for use and operation on a franchising basis. The business model has had enormous success and international expansion in recent years. The company already has franchises on five continents and continues to grow and expand.

Brooklyn constantly innovates on the method and the integration of technologies that support the franchise, giving rise to constant R&D projects for the improvement of software, sensors, game dynamics and its constant integration into the system.